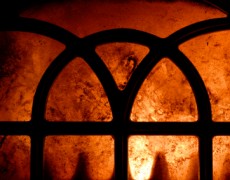 Many Christians today are ashamed of the doctrine of hell, while both believers and non-believers are downright troubled by it. But it turns out that it was Jesus who spoke most often about hell. Today, it has become scandalous to believe in hell, or even to preach the gospel in a way so that others can avoid hell. In this series, we examine the various Christian doctrines about hell: (1) the Traditional view of conscious, eternal torment; (2) the view of Christian Universalists, who believe that the salvation that Jesus offers is so all-encompassing that everyone will eventually be saved; and (3) the views of Annihilationists, who believe that hell will eventually result in destruction of those in hell, rather than their eternal torment.

What verses actually talk about hell? Is hell a place of fire, or is it a place of darkness and distance from God? Why are there so many verses describing Christ’s salvation for the entire world, and can these verses mean that Christ will save everyone? What about the emphasis that Paul places on death and destruction for those who do not choose God? Could this lead to a view that hell leads to destruction rather than eternal torment? Is hell really eternal? Does anyone or anything other than God exist “eternally” without end? This series is intended for everyone who has ever struggled with the varying views on hell, or walked alongside someone else who has. Cited as perhaps the most troubling aspect of Christianity to non-Christians right after the violence images in the Old Testament, join us as we wrestle together with the varying views on hell and how these views can inform the very personal struggle many of us have with the existence of hell.