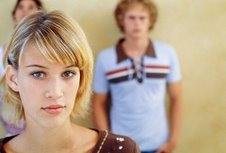 Many Christians think that NonChristians reject Christianity because they want to avoid the Truth, or because they want to live immoral lives. But what if many NonChristians actually reject Christianity because of the hurtful and harmful ways in which Christians act every day in the name of Christianity? Barna Group president David Kinnamen in his book “UnChristian” conducted three years of research including thousands of interviews and surveys to document why a majority of NonChristians believe Christians are judgmental, hypocritical, anti-homosexual, too involved in politics, out of touch with reality, insensitive to others, and focused only on converting others to Christianity. In this series, we take a hard, critical look at the church and the way that so many Christians live out their faith in an “UnChristian” manner. Are we responsible for making it even harder for people to come to faith in Jesus? Does our pop-theology and the way we “do church” impact those who are seeking authentic truth? Is there anything that can be done in light of the fact that so many Christians “ruin it” for the rest of the church? How does our American culture negatively influence both Christians and NonChristians? Why are Christians so often wrong, but never in doubt?