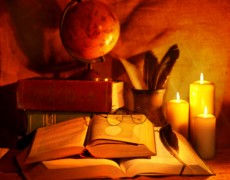 As Christians, it is our hope to encounter others in sacred conversations that point people to the Truth, Jesus Christ. But we as Christians know so little about the beliefs and practices of other religions. Our ignorance often comes off as arrogance. Christians are therefore perceived as only being interested in discussing their own beliefs, and not caring enough to listen to the beliefs of others.

If we truly want to engage others in discussions about our faith – and theirs – we need to know something about the beliefs of those around us. In this series, we take on the challenging task of summarizing the beliefs of some of the major religions which are practiced in America.

We also model how to contrast the teachings of other religions with Christianity in a way that exhibits genuine interest, care and respect for the beliefs of others.