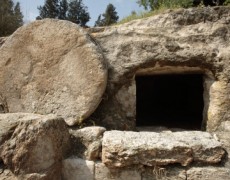 The bodily resurrection of Jesus Christ is a central tenant of Christianity which, if proven false, would seriously call our beliefs into question. A recent Discovery Channel documentary written and directed by Simcha Jacobovici and produced by James Cameron claims that the bodily remains of Jesus and his family have been found.

Backed by scholarship from both Christian and secular sources, we summarize the controversy surrounding the filmmakers’ methods and their claims, while independently evaluating what evidence exists to support the resurrection accounts of the Bible.