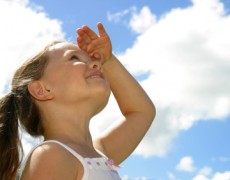 One of the most difficult questions to address is the one regarding the salvation of young children and infants. In Part 7 of our Questions About Salvation series, we observed that everyone’s theology suddenly becomes very fuzzy when dealing with infants. Strict Calvinists, who hold unswervingly to a God who predestines and chooses to election, seem to soften their view when the subject involves infants. And Arminians, who see faith in Christ as a condition which all can (and must) accept in order to be saved, also find new exceptions to this condition when its absence would prevent the salvation of children who were not able to make a faith decision in this life.

In our series, we urged humility and honesty, and said that the most humble and honest response is that we don’t know for certain how God will deal with infants and those who do not appear able to put their faith in Christ. The Bible is silent on the point, and we have to recognize that many of our formulations are seeking to fill a void that is outside of God’s revelation to us. Yet even in the absence of solid direction from the scriptures, we can confidently say that we know the character of God as revealed in both the Bible and in our collective life stories, and from this evidence we can confidently place our faith in God’s love, mercy and grace. After all, can we claim that we love any of these little ones, even our own children, more than they are loved by God?

Of course, we like certainty, especially in the midst of tragedies like the Newtown shooting or the recent hurricanes in Oklahoma, where the death of small children played prominently in gripping our attention to those news stories. As an interesting counterpoint to the issues we raised about the salvation of young children, Jim Denison has written an article for Christianity Today that addresses many of the ideas we raised. I was particularly heartened to know that our attempt to respond to this very real question had already anticipated many of the points raised by his article. At the same time, Denison argues for more certainty in the assurance of salvation for infants and young children, so it is worth comparing to the critique we presented in our discussion.

You can find his article here, and listen in on Part 7 of our Salvation series here.