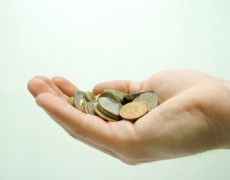 Whenever we’ve discussed stewardship, generosity or giving, one question is sure to come up: How much of our giving should go to the church vs. a non-profit organization? Given the way that non-profits target very tangible needs, the proliferation in the number of non-profits, and the growing skepticism of the church as an institution, it’s no wonder the question keeps coming up.

One of the statements I most regret making in a sermon was related to this issue. After urging the congregation to give generously (actually, to give everything they had – Luke 14:33), I felt that those hearing the message might interpret my words as a ploy to get them to give more to our church. “If you don’t want to give to this church,” I said, “that’s fine.  There are plenty of places that you can give: give to an organization, give to a non-profit, give to the poor, just as long as you give.”

I regretted the words the minute they left my mouth, but there was no way to take them back. My message wasintended to encourage people to give more to the church, and I should not have been ashamed to say so. The church is the body of Christ, and we bring glory to Christ when we act as His body and take care of others in His name. Too many of us — myself included — have come to see the church as a distant second to non-profits in the race to “do good” in the world.

I am not taking the position that there is anything wrong with giving to a non-profit. My wife and I do it regularly and we give to several different organizations. But the person asking me the question is not really looking for my opinion about whether it is acceptable to give outside the church. Instead, they are usually struggling with whether they should give anything to the church.

I believe that giving to/through the church should be our primary means of giving. In the coming blog posts, I’ll elaborate a bit more on why I think this should be the case. For now, I’ll just point to a passage that is frequently taught on, but which is often overlooked for its application regarding this point. Acts 4:32-35 states:

“All the believers were one in heart and mind. No one claimed that any of their possessions was their own, but they shared everything they had. With great power the apostles continued to testify to the resurrection of the Lord Jesus. And God’s grace was so powerfully at work in them all that there were no needy persons among them. For from time to time those who owned land or houses sold them, brought the money from the sales and put it at the apostles’ feet, and it was distributed to anyone who had need.”

The application that is rarely addressed is the fact that those selling property brought the proceeds and laid it at the apostles feet. Laying the proceeds at the apostles feet is an act of surrender to the spiritual authority of the church. It’s an act that affirms, “My part is to be generous and to steward what God has given me. And when that involves giving, I lay my gift at the feet of the church, and that’s the end of my role. I trust the church to do with it what needs to be done.”

I think that’s where most of us struggle. If we’re honest with ourselves, we often have difficulty trusting that the church will do the right thing, or that it can act in a way that is more outwardly focused or more effective than the non-profit that works only for one issue. It’s a valid question to raise.  And that’s where we’ll continue on this topic in the next post.