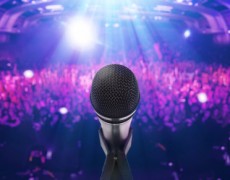 It seems that not even atheists are immune from the seduction of “growing their platform” and going “multi-site” in order to reach mega-church status.  Sunday Assembly, the London-based atheist “church” that I wrote about back in May, has launched a campaign to open additional locations in cities across the UK, Australia, the United States and several other countries around the world.  A group in New York is already meeting, a gathering in Los Angeles launched this month, and there are others forming in Chicago, Washington D.C., San Diego, San Francisco, Atlanta, Nashville and Phoenix.

There’s certainly something interesting about why people who do not believe in something would gather together with others who don’t believe in that same thing.  It’s hard to miss the fact that the form of the gathering mimics the liturgical practice of a faith that most attending supposedly left behind.  But atheists meeting together is not uncommon.  For years, there have been groups ranging from those united to support one another’s beliefs (Atheists United) to those who are committed to eradicating the remaining vestiges of public religion from our society (Americans United for Separation of Church and State).

Observing atheists gathering together does, however, allow us to examine how a group of people who profess no belief in God might behave following the successful launch of their first church plant.  We can then compare their behavior to those who do profess a belief in God.  It becomes an interesting control experiment, one that allows us to examine the way people conduct themselves even if you factor God out of the equation.  Let me say that in plain English: often times the reason we give for expanding our ministries to galactic proportions is that we are doing it for God.  But what if we discover that our Western mindset pushes us to expand our footprint in the world — even when we have no belief in God?

That’s what is most intriguing to me as I’ve read the increasing number of stories about Sunday Assembly.  Those who believe in God, and those who don’t, appear to have a similar desire to immediately expand their platform after a successful launch.  We’re all too familiar with the way our own churches have super-sized their physical campuses and added satellite locations to reach others for Christ, leading to massive inflation of our facilities budgets, turning distant campuses into the equivalent of drive-in movie churches.  But when we see people who have no belief in God pursuing this same expansion, could there be other motivations behind our desire to seek growth at any cost?

The temptation to increase our platform leads to a lot of insidious sins — pride, self-focus, control, envy, disunity, strife, bitterness, division, and the list goes on.  Witness the small example of pastors who purchased Twitter followers and “likes” on Facebook in order to appear more influential.  After all, they are being scrutinized in a competitive environment where we measure pastors — and pastors measure one another — by the size of their following.  It’s a shame that discipleship requires more than following someone on Facebook or Twitter.

God has an entirely different perspective on size.  When the Lord thinned Gideon’s army and sent more than 22,000 men home, leaving him with an army of 300, the Lord explained His reasons plainly:  “You have too many men. . . . [You] would boast against me, ‘My own strength has saved me.'” (Judges 7:2) Yet we have come to view size as an end in itself, or at least a sure sign of God’s blessing.  Why else would all these people be here? (We’ll have to answer that question another time.)

In the arms race to grow the biggest church, Outreach magazine not only ranks the 100 Largest Churches in America on an annual basis, but appears to be the official keeper of the list of giga-churches, an actual term now used to describe churches with 10,000 or more members.  (Come on, you know you want to look right here…)  Boasting your ranking on the list is now commonplace on book covers, magazine by-lines and conference bios, ensuring that everyone else can measure the giftedness of a speaker by the only measure Jesus will use when He judges His stewards’ performance — the collective size of their congregation.  If the secular world has U.S. News & World Report to provide dubious rankings of the best colleges, hospitals and places to retire, we can thank Outreach for taking our obsession with rankings to truly enormous proportions.

It shouldn’t surprise us that a successful gathering of atheists is going “multi-site.”  It also shouldn’t surprise us that up-and coming companies want to build a brand name and take it nationwide, or that the most successful corporations want to extend their reach globally.  But it should give us pause whenever our actions as the body of Christ are not the least bit countercultural.  We like to claim to have the power to transform culture, but our fondness for size and our lust for impact serve as examples of how culture has more often transformed us.