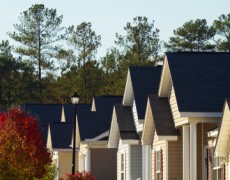 The question of “who is my neighbor” is a familiar one from Jesus’ interaction with the teacher of the law in Luke 10.  It leads us to recognize that if we are to be obedient to Christ and love our neighbor as ourselves, everyone is our neighbor, even those whom we would normally regard as enemies.

For the last eight years, we have lived in a planned community.  I find the word “community” to be a strange word to describe these housing developments, especially because people go out of their way to avoid interacting with anyone who lives around them.  Just like two women who find themselves wearing the same dress to a party, I wonder if the fact that our homes are so similar explains why we cannot make eye contact with those who live right around us.  The whole construction of our homes is designed to shelter people from any inadvertent contact with their neighbors:  no real front yards, a garage through which to enter and shut quickly behind you, and a focus on pushing the living space to the back of the home.  Even the high walls in the backyard allow us to go outside with relatively no risk of seeing or speaking with any of our neighbors.

A few months ago, my wife took our young daughter down to the park in our community. There, she met another mother with her young son.  As the children began to play, my wife asked her where in the community they lived.  As they tried over the next few minutes to describe to one another where they lived, the situation became very awkward.  They quickly discovered that we actually lived next door to one another, sharing a common wall in our backyard.  We had lived in our house for seven years and could not identify the family that lived next door to us!

Although we had spent a good deal of time talking about hospitality in a prior series, and practicing hospitality in our own home for many years, some of our words began to sound hollow when we did not even know the names of the people that live on our street — a street of only 11 homes.  We routinely host both large and small groups in our home, but had never thought to host our actual neighbors.  So we broke down and pushed through the difficult moments it took to knock on the doors of those who lived around us, and we invited them over to our house for dinner.  We planned a barbecue and spent the next several weeks wondering if anyone would actually come over.

Half an hour past the time our dinner was supposed to start, it was still my wife and daughter and myself.  But eventually, our house started to fill with neighbors and their children, five families in all, and one couple even invited another family that they knew from the neighborhood.  No one had wanted to be the first to arrive, but it was clear that everyone had long felt a desire to break down the barriers that kept us apart.  We wanted to be neighbors.

Several months later, we now walk the streets and say hello to people by name.  We can’t say that we know everyone’s story, or that we have gotten to know the entire “community,” but our connections are growing.  Neighbors are now introducing other neighbors to each another, and we have been invited to birthday parties and anniversaries of people we just met a few months ago.

Our series on Recovering Christian Hospitality was a wake up call for Christians, especially those in America, who have lost the practice of hospitality which used to characterize the entire church.  It merits a careful listen as we find it increasingly difficult to connect with those who live right around us and whom Jesus also commanded us to love.