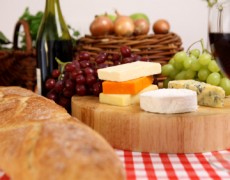 One stark observation made in our series on Hospitality is that Americans, by and large, are uncomfortable with hospitality.  Sure, we like to claim credit for a veneer of politeness, but it’s no substitute for genuine hospitality. From our own experiences, we’ve all observed how much more hospitable people are in other countries, especially those places that seem to have the least with which to be hospitable.  It has become a cliche’ to hear the reports of Westerners, especially Americans who have travelled to other countries, gushing about how hospitable everyone was, regardless of the country they have visited.  “People opened up their homes to us,” “our hosts gave up their only room for us,” or “they laid out a feast for us even though they had little of their own.”  The fact that this seems to be true no matter what country someone visits points to the poverty of our own hospitality.

We spent many weeks studying about hospitality, hoping to recover this lost discipline.  The series is well worth the investment of time because it reconnects us with a topic that is often overlooked in many of our churches.  Still, one of the most frequent comments we get from people who have wondered about whether to engage the series is, “What is so important about hospitality?”

Because most of us have never heard a sermon about hospitality, we’re often skeptical that this practice could be an important priority for us as Christians.  A full response to such skepticism has been the subject of several books (and our entire audio series), but we can at least outline a few observations about the importance of hospitality to the Christian life.

First, if you asked someone to detail the reason the Gospel spread so quickly from a tiny band of believers in Jerusalem to the outer reaches of the Roman Empire, many people would credit the power of the Holy Spirit in the early church.  To be sure, God is certainly the reason behind this explosive impact.  But if you modify the question and ask, “by what means did the Gospel spread,” we are pressed for a ready answer.  Specifically, what was the method — the medium — by which the Gospel was carried from city to city and from house to house?

We might consider Paul’s missionary journeys, or those of the other apostles.  Or we might remember how Jesus sent out His disciples to begin to preach to the towns and villages of Galilee.  These methods were all at work, but when we look carefully, we see that the medium which best carried the Gospel was the reliance on Eastern hospitality.  It was through the customs surrounding the receiving of strangers into the home, and the obligation of the stranger to share “the news” of the outside world, that so many households were introduced to the Gospel message.  You could say the Gospel spread from one household to another as it accompanied those seeking and providing hospitality.

This was no accident, and it was certainly not a surprise to Jesus.  When He spoke about proclaiming the Gospel message, Jesus frequently positioned acceptance of the message in terms of hospitality.  Take for instance His teaching in Matthew 10:40, where He tells the disciples before sending them out, “Anyone who welcomes you welcomes me, and anyone who welcomes me welcomes the one who sent me.”  This “welcome” was a response expressing hospitality, inviting the disciple into the home, not simply a decision to accept the news the disciple brought as we in the West might envision.  The acceptance was expressed by the action itself.  “And if anyone gives even a cup of cold water to one of these little ones who is my disciple, truly I tell you, that person will certainly not lose their reward.”  (Matthew 10:42)

For this reason, many who interpret Jesus’ separation of the sheep and the goats in Matthew 25 say that its meaning cannot be understood without reference to the pracitce of hospitality. Jesus should not be understood as saying that salvation can be gained (or lost) by feeding, providing drink, inviting in, clothing or visiting.  Salvation is not gained through right acts, but evidence of salvation is shown in acts of hospitality to the messenger who brought the gospel message.  “Whatever you did for one of the least of these brothers and sisters of mine,” a phrase used by Matthew exclusively to refer to the disciples, “you did for me.”  Jesus’ teaching in Matthew 10 is equally applicable here: “Anyone who welcomes you welcomes me.”  That welcome — expressed in hospitality — indicated acceptance of the message of salvation itself.

In Revelation, we have a familiar picture of Jesus knocking at the door, wanting to enter if we would only let Him in.  “Here I am!” Jesus says in Revelation 3:20.  “I stand at the door and knock.  If anyone hears my voice and opens the door, I will come in.”  Many of us in the West have pictured Jesus knocking, hoping to be granted entrance into our heart. But there’s a part of the verse that I left out.  The complete verse says, “I will come in and eat with that person, and they with me.”  How strange to our Western ears that Jesus wants to eat with us.  But there was no greater way to demonstrate openness than the invitation to have the stranger come inside and sit directly at the table, and the acceptance of the Lord’s invitation to a life of salvation is expressed in exactly that same form of hospitality.  Last Supper anyone?

We seem to be having a very difficult time with evangelism in the West, and there are many who are rethinking the entire manner in which we proclaim the Gospel to others.  While there is much to be said about the growing hostility to the Gospel in the West, or the need to continually adapt our methods to the changing culture, very few thinkers on evangelism have considered how our inability to practice hospitality might be impacting our ability to articulate the Gospel in a manner that is readily received.  If it is true that the spreading of the Gospel was propelled by the practice of hospitality in the East, might it follow that our own awkwardness in practicing hospitality may be dragging down our efforts in the West?

In our next post, we’ll develop further some of the responses to those who wonder about the importance of this seemingly archaic practice, and follow it up with some observations about why it may be so difficult for Americans to practice hospitality.  In the meantime, if hospitality is not something you have ever considered as a core part of the Christian life, you might want to engage our series on Recovering Christian Hospitality to see whether it starts to impact your thinking.