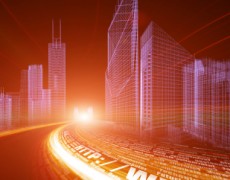 I was recently asked to preach on the Tower of Babel as part of a series on the book of Genesis. The story opens on the inhabitants of the plane of Shinar resisting God’s blessing to multiply and fill the earth, instead clinging to the construction of the tower as a way to avoid being scattered across the earth. (Genesis 11:1-9). Their disobedience had a purpose: they were likely constructing a ziggurat, intended as a pagan effort to manipulate God and coax Him into blessing them in a different way.

Babel serves as a reminder that humans can do great good or great harm when they congregate together. In part, that is what the tower represented: a mighty achievement that would reach into the heavens so that the people in Shinar could remain together and make a name for themselves (Genesis 11:4). It also acted as a place for the people to congregate in their disobedience. But God acted mercifully to overcome their refusal to receive the blessing which He has twice given to humanity, that they fill the earth and multiply, taking dominion of the world as His image-bearers (Genesis 1:28; Genesis 9:1). By confusing their language, those at Shinar were forced to scatter and take part in the blessing He has prepared for them all along.

The story caused me to consider the ways in which we congregate together in our own time, and the ways in which we miss God’s blessing because of the communities to which we belong. There has never been a greater congregator of people than the Internet. It is fair to say we have scarcely begun to appreciate its impact on humanity. Yet in some ways, the Tower of Babel still casts a long shadow over the manner in which we live our lives in these digital collectives.

There is of course great good that has come from internet connectivity. Just in the context of ministry, it would be unimaginable for Christians in prior generations to imagine a world where Bible translators could make available translations online, and millions of people in impacted countries could receive those scriptures electronically. Neither could they conceive of the vast number of ministry resources — entire commentaries, blogs, journals, self-published books, video sermons, satellite churches, internet campuses, virtual conferences — all available online for free. Even a ministry such as ExodusPodcasts could never have gained the reach that it has without the existence of the internet.

We couldn’t possibly list the vast number of changes that have come about as a result of this unprecedented means of communing together, nor list all the potential downsides that have accompanied it. But there is at least one danger that is worth singling out, and that is the tendency to justify (and often celebrate) sinful behavior. Rather than confess to one another, or seek to hold one another accountable, we congregate together online to allow our sin to increase. Just as sin seemed to rise to epidemic levels when humans were concentrated together in disobedience, both before the Genesis flood and later in its aftermath at Babel, we see this same effect playing out online today.

Consider those who are erotically attracted to young children and who choose to celebrate their activity together. Rejecting the term “pedophile” as somehow denigrating their true love for children, these individuals prefer to seek refuge under the euphemism of “minor-attracted adults” (MAAs). These adults gather in online communities across the globe to encourage one another, advocate for their “rights,” and even fan the flames of temptation, rather than recognizing this attraction as aberrant or harmful. In a previous generation, this temptation might otherwise have been extinguished in isolation. Such a person might have understandably kept their predilections to themselves or sought help to overcome them. Today, when no predisposition is to be judged, and the anonymity of the Internet shields us from any risk of shame or stigma, the power of global online communities gives strength to those who likely deserve incarceration.

If you doubt that our collective sin can increase exponentially to a point where we have lost any sense of who we are, consider the two websites run by and for Christians who are erotically attracted to minors, one focusing on attraction to young girls and the other to young boys. To avoid fueling the monstrous delusions that exist on these sites, I won’t mention their names or the content of their posts. Suffice it to say, despite the worst interpretative violence done to any Biblical text in recent memory, this was not the way that Jesus loved the little children.

Of course, we can all points fingers at such heinous conduct and rest assured that there are some who are worse than ourselves. Jesus called out that kind of false righteousness when commenting on the Pharisee who pridefully found himself more righteous that the sinner next to which he was praying. (Luke 18:9-14) Any one of us might feel better about our own sinful behavior when compared to those who prey upon little children. But we are not commanded to be better than a pedophile; we are commanded to be holy. (1 Peter 1:15-16) And in that, we could all use a little reflection on the ways in which our online collaborations cause us to justify sin, rather than confront it for the lie that it is.